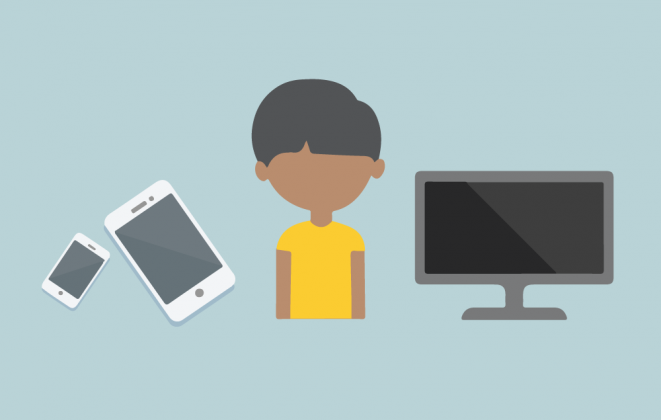 A recently published study led by former U-M researcher Sarah Domoff found that parents spend more time talking with kids about the mechanics of using their mobile devices than they do about what their kids watch and download on those devices.

Domoff, now an assistant professor at Central Michigan University, said the findings revealed some concerning trends in how families and children communicate about media today. Specifically, the researchers observed minimal conversation about the content of programming that children were watching. The children wore recording devices at home, which recorded talking, conversations or other sounds nearby, as well as audible screen media use.

Additionally, they learned that other family members appear to play an important role when content is discussed. Children—not parents—initiated most conversations about content, and older siblings played a much bigger role than parents in content mediation for younger siblings. Also, the study found that children as young as toddlers were exposed to multiple media sources at one time, or media multitasking.