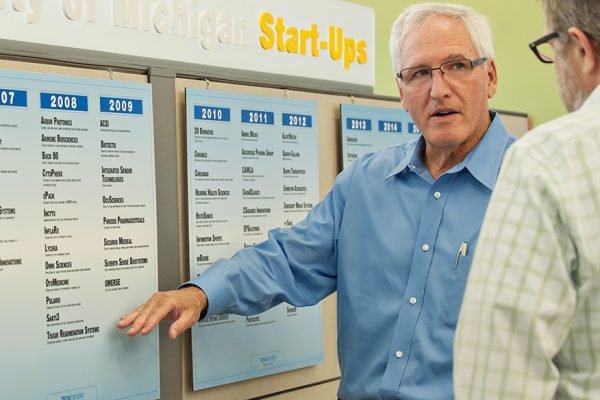 The number of startups launched at U-M nearly doubled in fiscal year 2018 to 21 as U-M inventors went to market with a broad array of discoveries. Nine of the 21 startups are software companies. The majority of this year’s startups are also headquartered in southeast Michigan, where they’re creating jobs and helping to diversify the economy.

“We are seeing an explosion of interest in launching software startups,” said Kelly Sexton, associate vice president for research-technology transfer and innovation partnerships at U-M.  “Network security, for instance, is now one of the fastest-growing industry sectors in the Ann Arbor area, and it all started with the university’s investment in the early internet, which eventually gave rise to U-M startups like ArborNetworks, and, more recently, Censys.”