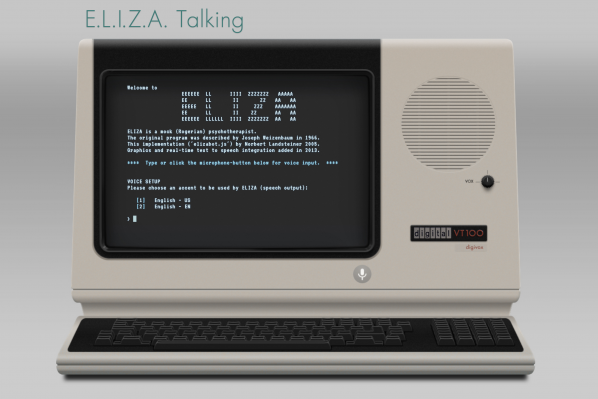 Last December, I was turned on to the importance of bots while attending the Mayo Clinic Social Media Network (MCSMN) Annual Meeting in Arizona. Since then, I’ve been digging into the topic, trying to learn more, and hoping to get a bot implemented on our departmental website, but there is just so much to talk about! We decided to break this into a few parts, beginning with defining terms and a snippet of history — what’s a bot?

Bots, as in…robots? Not exactly

My first question was, “What do they mean by ‘bots’?” No, not robots (even though we have several wonderful robotics initiatives going here on campus), NPCs in games, spiders, spambots, malware bots, botnets, zombie computers, or any other geeky gore. The folk at MCSMN were focusing solely on chatbots, also known as chatterbots, website chatbots, AI bots, intelligent agents, intelligent bots, talkbots, Twitterbots, or messenger bots on Facebook, or even just broadly as social bots. According to Chatbots.org, there are over 160 terms describing the idea of a chatbot!

I am old enough to think of these generally as AI conversation bots, like the original ELIZA, which I marveled at the first time I encountered it. We’ve come a long, LONG way since then…in some ways. Eliza is available in a javascript clone of the old terminal interface, and has a new version that will talk to you, but…in other ways, we still have a long way to go.

Bots then and now

Bots have a fascinating back story, with mind-blowing applications going on right now. They are on web sites and Facebook pages, in apps, and are used for everything from marketing and jobs to social justice and health interventions. New examples appear almost every day. Sometimes a bot is fairly simple, more of a script to automate tasks, while others edge into the areas related to artificial intelligence.

About the background of AI bots, there is some justification for saying they go back to Ancient Greece, which was a surprise to me. More recently, they took off again in the 1960s with bots like Eliza, and the 1970s with MYCIN, finally reaching the general public in the 1990s in games, and now we all know about Siri and Google Assistant, right? Futurism has an infographic on bots history, and it’s a topic that has really been growing.

In recent months, chatbots have been profiled in a variety of major media outlets, include Ad Week, CIO, CNBC, Forbes, TechCrunch, The Next Web, and Wired. Believe it or not, there are even a few magazines devoted to chatbots, including Chatbots Magazine, Chatbot News Daily, Chatbots Journal, and probably others I haven’t found. The short message is that if you haven’t been paying attention to bots for your websites or apps, now may be the time to change that.

Here at the University of Michigan, there are a lot of people studying bots and using bots to make interesting things, but you’ll hear more about that next time, in “Things to Do With Bots.”