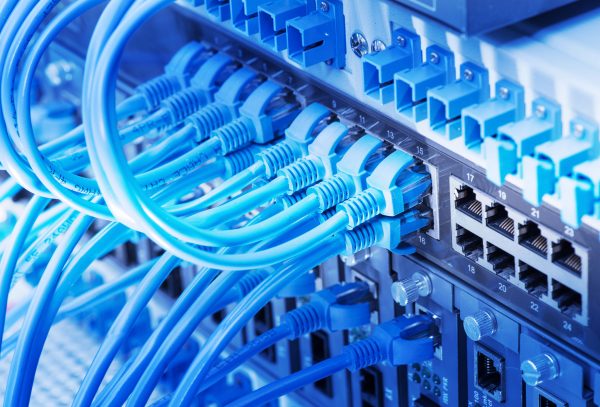 Kudos to the ITS UMnet team and our Michigan IT partners across the Ann Arbor campus for an effort that will result in a more secure and reliable UMnet enterprise network.

In August, 2016, ITS Network Engineering audited the UMnet enterprise network and identified 300 instances where VLANs (virtual local area network) had been spanned across two or more core routers to facilitate the movement of units throughout campus. As a direct result of this practice, small localized problems were quickly becoming large network outages.

This design dates back to 2001, but it was never intended for the current 100GB backbone. ITS began a project in January, 2017 to improve network stability by removing core-spanning VLANs and replacing them with local VLANs sourced off the building distribution layer router.

The success of the project hinged on the cooperation of campus partners and their ability to move their users to the newly created building VLANs. Fortunately for ITS Infrastructure, our campus partners understood the need for this effort, and the need to work around the restrictions of the academic calendar, making it necessary for much of the work to be done over the summer months.

As of the end of July, the project is about 80% complete and on track to hit 90% by the end of August. With the current commitments from our campus partners, it looks like we will complete this project by the start of fall semester.

A big thanks to all Michigan IT staff that assisted in making this improvement to the networking experience for the Ann Arbor campus!