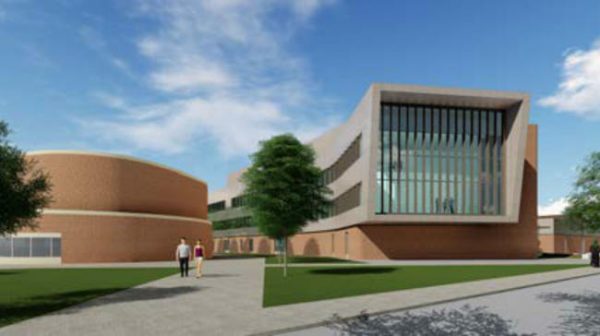 Artist’s rendering of the new the Engineering Lab Building at UM-Dearborn.

It wasn’t an earthquake, but it sure shook things up.

The start of a building renovation for the Engineering Lab Building (ELB) required moving the network connection for the Dearborn campus. A collaborative team built of Dearborn ITS, Merit, and Ann Arbor ITS Infrastructure created new network paths that not only added redundancy and stability, but they did it without any extended outages.

Previously, all of Dearborn’s networking to the outside world traveled down one path located in ELB, one of the original buildings on campus. In addition to containing the only route to the internet, all phones on campus were hard-wired directly to one room. As part of the renovation, the contractors planned on constructing the new building around this room while powering the equipment off a portable generator. 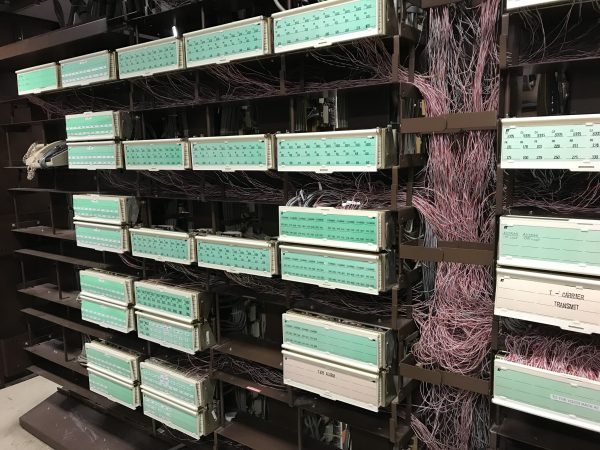 Not surprisingly, Dearborn ITS staff were a bit nervous about this approach. The likelihood of damaging the equipment or cutting a fiber line during construction was a very real concern. About nine months before the bulldozers were slated to start, they started to pursue the option of removing all of the equipment from that room. When Dearborn staff pitched the idea to Ann Arbor ITS, they got a few blank stares and questions like: “You want to do what?” and “By when?”

Starting in December, the plans started to come together. Over the winter and spring months, ITCom trucks became part of the Dearborn landscape. The crews were out daily pulling new fiber and redirecting existing fiber and analog phone lines. Directional boring took place in April to establish a path for the secondary internet connection into campus. 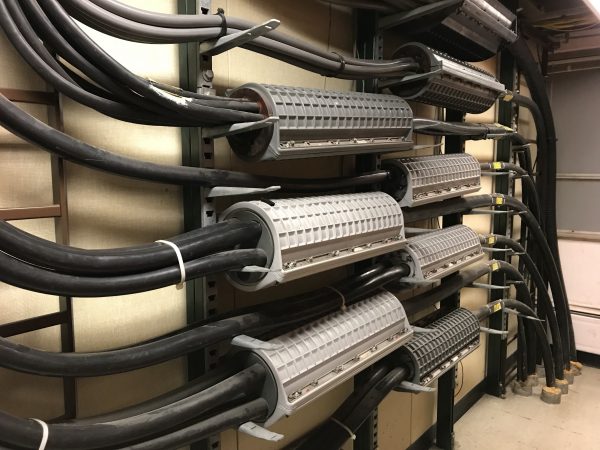 Bundles of copper lines with large degaussing magnets. (UM-Dearborn ITS)

Dearborn ITS dedicated many hours to redirect internal campus network connections away from ELB, and to build new fiber paths to connect buildings across campus. The team performed the majority of the work with no disruption to campus. During some of the bigger moves, the outage was less than five minutes.

As the effort comes to a close, Dearborn’s networking is in a much more stable and redundant state. There are now two diverse network paths into campus and the amount of copper wire on campus has been drastically reduced. This project exemplified how a seemingly insurmountable objective can be accomplished with a good project team. While there were a lot of people who worked on this effort, a special call-out goes to those individuals who made significant contributions:

Joseph Lubomirski, Dearborn ITS infrastructure manager, contributed to this article.