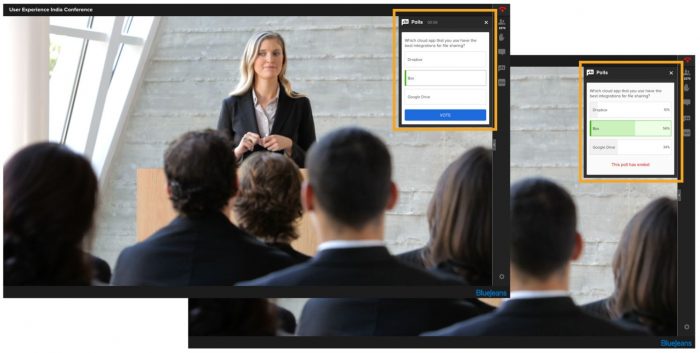 BlueJeans has announced a quarterly update for August 2017 that contains new features and enhancements. Notably, invitations from Google Calendar, Outlook, and BlueJeans accounts have been simplified to get users into meetings more quickly. An update to Microsoft Windows Outlook Add-in will also be available August 19.

Read the complete August 2017 release notes, but be advised that not all of the listed features apply to the use of BlueJeans at U-M.

BlueJeans Primetime has also been updated with Polling, a new feature that allows moderators to poll attendees in real time. BlueJeans Primetime is an add-on service designed for large-scale, interactive events. If you’d like access to Primetime with your U-M account, please email bluejeansprimetime@umich.edu. 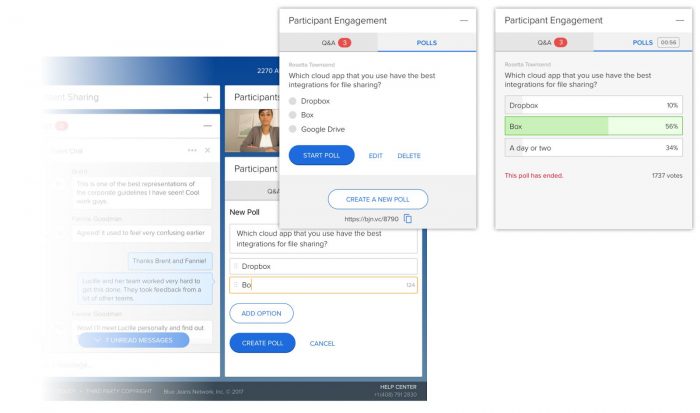 Other changes to BlueJeans Primetime at U-M include:

About BlueJeans at U-M
Visit its.umich.edu/blue-jeans for more information about BlueJeans and other videoconferencing tools at U-M—including best practices, technical specs, and who to contact for help on campus.