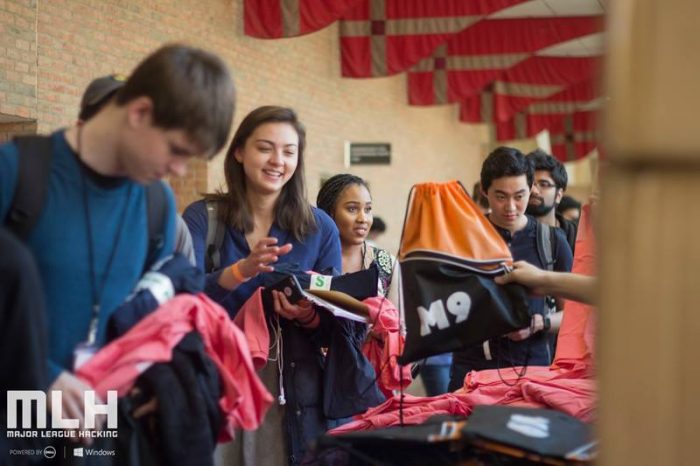 An army marches on its stomach. This famous saying, usually attributed to Napoleon, highlights the importance of providing for basic needs to ensure a winning military campaign. For a modern-day student hackathon, food remains an important key to success, but maybe not as much as a fast and rock-solid WiFi connection. Just ask Kevin Duan, one of the student organizers of MHacks 9, U-M’s famous, twice-a-year, hacking extravaganza that took place on North Campus, March 24–26.

“As you can imagine, WiFi plays a huge role in hackathons, especially one with over 700 students in attendance,” says Duan. “Throughout the 36-hour event, the WiFi system in place performed perfectly.” Duan added that after recent WiFi upgrades on North Campus, the wireless network was strong enough to handle the event’s massive connectivity requirements without the additional infrastructure that was needed in previous years.

The ITS team that coordinated MWireless coverage for MHacks 9 included Sean Murphy (network planning analyst), James Helzerman (wireless engineer), and Delia Chang (project manager). According to Chang, ITS gathered customer requirements, configured the wireless access points in the event areas (which were spread across four North Campus buildings), tested the system a couple of days in advance, and removed the MHacks wireless network from the access points following the event. 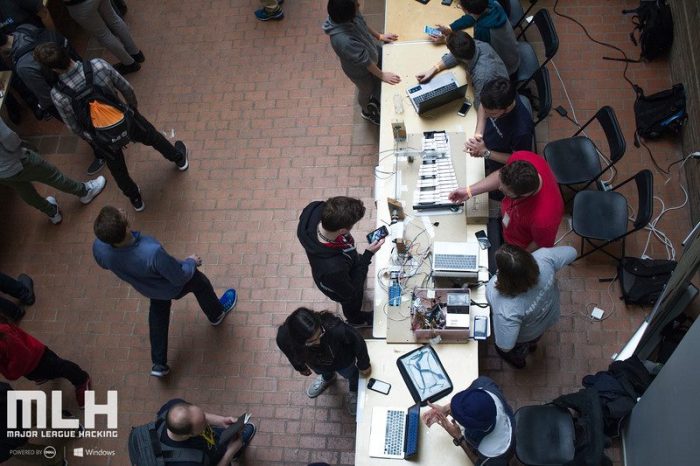 “Because there were no issues during the wireless testing, our MHacks contact didn’t think ITS needed to be present during the hackathon,” explains Chang. “However, Sean and James were on-call in case they were needed for IT network support. They also periodically checked in during the event to see if there were any IT issues.”

Because the event involved so many students in multiple locations, it was critical that ITS provide optimal wireless coverage, explained Chang. “Though there were wired connections in the MHacks locations, wireless was much better suited for this event, as it gave the participants the ability to move around without losing network connectivity.”