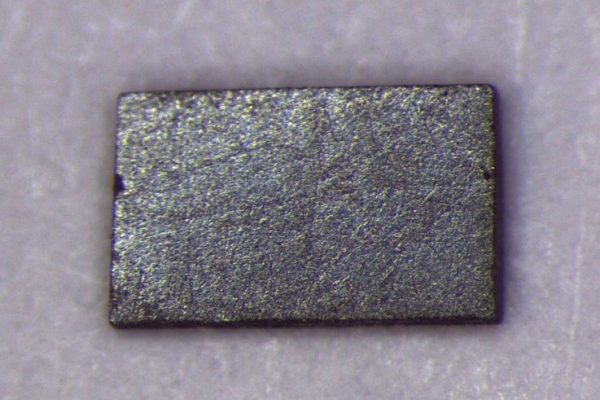 A crystal of ytterbium dodecaboride, or YbB12. (Lu Li)

Quantum materials are a type of substance that could be many times more efficient at conducting electricity through smartphones than the commonly used conductor silicon—if only researchers can crack how the stuff works. U-M physicist Lu Li has gotten one step closer with detailing the conductive properties of a novel quantum material called ytterbium dodecaboride that works as both a conductor and insulator.

Replacing a phone’s silicon transistors with ones made of quantum materials would make the phone much faster and lighter. But quantum materials could also be used in quantum computing and for cybersecurity. Computers currently process data in binary digits, which limit to how fast they can work. Instead, quantum computers would use the quantum properties of atoms and electrons, opening up the ability to process huge volumes of information much faster. “We found a material that was a good insulator on its interior, but at its surface was a good conductor—so good that we can make an electric circuit on that conductor,” Li said. “You can imagine that you can have a circuit that moves as fast as imaginable on a teeny, tiny surface. That’s what we hope to achieve for future electronics.”