As more robots are showing up in all kinds of jobs, organizations must figure out how to successfully integrate human and robot co-workers. But how? According to a recent study co-authored by School of Information associate professor Lionel Robert, it’s by making robots more like people. The study, “Human-Robot Similarity and Willingness to Work with a Robotic Co-worker,” found that making robots more human in both appearance and behavior increased participant trust levels in robot co-workers. Robert credits the huge advances in artificial intelligence that make it possilble to give robots a “personality” that humans can relate to. Read the full story on the SI news site. 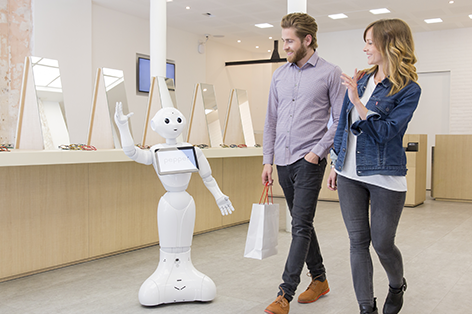