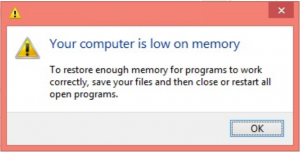 Operators of large computer clusters have long searched for an efficient way to share server memory to speed up application performance. Now, U-M engineers led by Mosharaf Chowdhury, assistant professor of computer science and engineering, have developed open-source software that lets servers instantly “swap” memory from other servers in the cluster when they run out, instead of writing to slower storage media such as disks. The software, called Infiniswap, can boost memory utilization in a cluster by up to 47 percent, which can lead to financial savings of up to 27 percent. Unlike its predecessors, Infiniswap requires no new hardware, no changes to existing applications or operating systems. “The idea of borrowing memory over the network if your disk is slow has been around since the 1990s, but network connections haven’t been fast enough,” Chowdhury said. “Now, we have reached the point where most data centers are deploying low-latency RDMA networks of the type previously only available in supercomputing environments.”