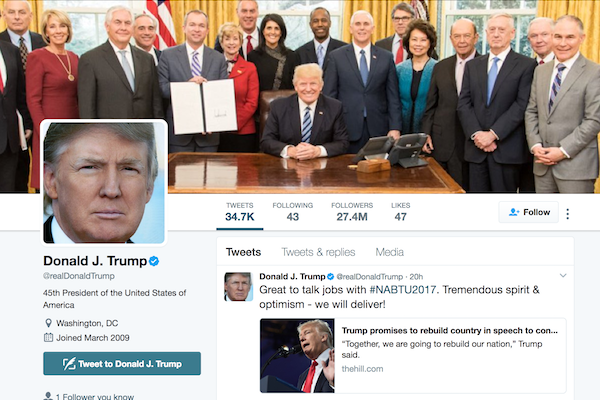 Mr. Trump’s personal Twitter account has found itself at the center of a number of controversies and attracted the attention of traditional media, critics, and supporters alike, says Josh Pasek, a U-M communication studies professor. Now, the National Archives and Records Administration has confirmed that President Trump’s tweets will be preserved for posterity, in keeping with the Presidential Records Act. Traditionally, the president speaks to voters through prepared speeches and official channels of communication. For many, Trump’s unfiltered Twitter account reveals the real person on the other side of the screen. “From a historical perspective, the fact that Mr. Trump’s tweets don’t accord with traditional political behavior renders them more important,” says Pasek. “Without them, we may fail to gain an effective understanding of how key policies in the Trump presidency were communicated to the public.”