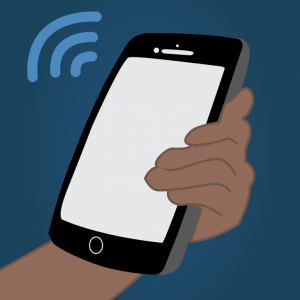 When queued up for an event, to buy a latte or waiting for a bus, most people whip out their phones to pass the time—most often within seconds of arriving. Daniel Kruger of the Institute for Social Research was curious about how quickly people used their phones while passing the time waiting. So he set out to determine this with an observational study. Kruger found that 62 percent of people waiting used their cell phones to pass the time. About half of these people were already using their cell phones when they arrived. The other half flipped out their phones after arriving, and 55 percent of them initiated use within 10 seconds. “Some of our questions include, ‘How does usage of cell phones relate to people’s interactions in real-life social space?'” said Kruger, a faculty associate at ISR’s Population Studies Center. “The best way to answer certain kinds of questions may be through observational methods.”