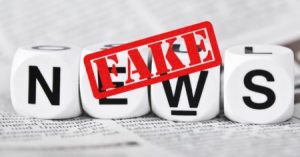 During the US election, many fake news stories were written, not by politically motivated supporters, but by people looking to make some quick cash. So one way to stop fake news would be to eliminate the financial incentives that make it profitable. “To make any decent money, and a lot of the fake news sites do make decent money, you need to start serving millions of ads,” says Cliff Lampe, an associate professor at the School of Information, “which is why the viral content market has been so important over the last few years.” In November, Google and Facebook announced moves to restrict advertisements on fake news stories. But fake news producers are quick to adapt to platform rule changes. “I think this will work for the moment, but I believe that people are going to be able to come up with a workaround and be able to manipulate that attention market in the future,” Lampe says.