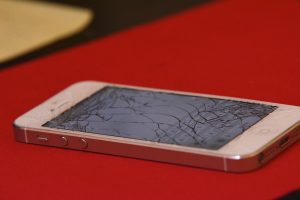 A group of researchers including Josh Ackerman, an assistant professor of psychology at U-M, believe you might be “accidentally” breaking your phone, on purpose, to justify getting a new one. It’s a phenomenon called the “upgrade effect” and according to the study, that’s exactly what we’re doing.The study found that even when people think they aren’t being careless or deliberate in breaking their phones, if there’s a better version of the product available or soon to come, they’re more likely to neglect their products. Marketers have already caught onto the trend. The researchers cited a TV commercial from Virgin Mobile called “Happy Accidents,” where phone owners are seen throwing their phones in the garbage, dunking them in a cocktail and leaving them in a taxi.